Have you ever wondered what the most expensive aquarium fish on Earth are? Fish fanatics can agree, the most expensive fish for aquariums are expensive for a reason. Intricate coloring, beautiful patterns, and of course how readily available the fish is will effectively raise the price. Rare species that are beautiful and difficult to breed are typically the type of fish that will put a big dent in your pocketbook.

From most to least expensive, these fish may require a loan from the bank or a rich uncle. Nonetheless, here we go.

$400k can get you a lot of cool things or a single Platinum Arowana. Probably one of the rarest and most expensive fish for your aquarium.

How did the Platinum Arowana become so sought after?

It has an almost unimaginable color palette that lends to its sleek beauty. Much less-expensive fish come in wild colors, but what makes this Arowana so expensive is its difficulty of reproducing in captivity. Its platinum coloration is due to a genetic mutation setting it apart from other Arowana species.

With a minimum recommended tank size of 25 gallons, this fish lives on a carnivorous diet of smaller fish, snails, and bugs.

This fish is so rare, that if you live in the United States, owning one is not only expensive but very illegal as it has been placed on the endangered species list.

This freshwater fish is much cheaper than the Platinum Arowana, but still, at a lofty $100k price tag, the Freshwater Polka Dot Stingray will not be swimming in my new fish tank setup anytime soon. 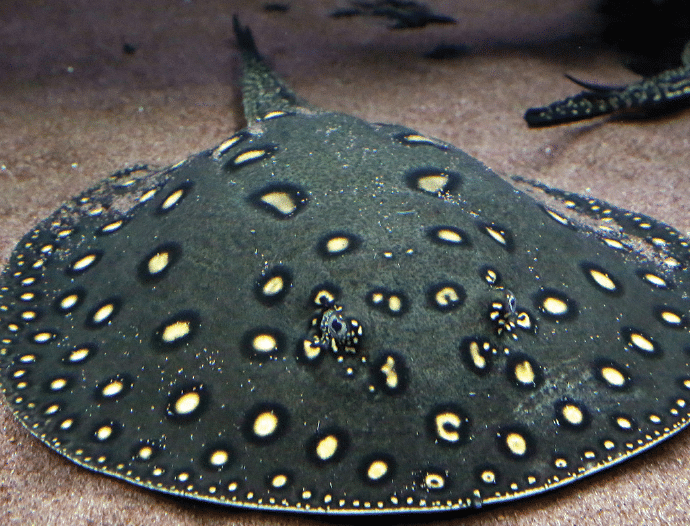 Sporting a unique U-shaped cranium, this genetic mutation of a fish demands a high price. Covered in black and white polka dots, hence the name of the fish, is where it gets its ultimate charm.

Because of its head, this genetic mutation excludes it from surviving in large bodies of water as it has destroyed its ability to thrive in the wild and its ability to hunt and gather.

Spotted Stingrays are illegal in many US states due to their sharp barbed tails which can pose a danger to fish handlers. Before you shell out $100, 000 for this fish, check the laws in your local area. 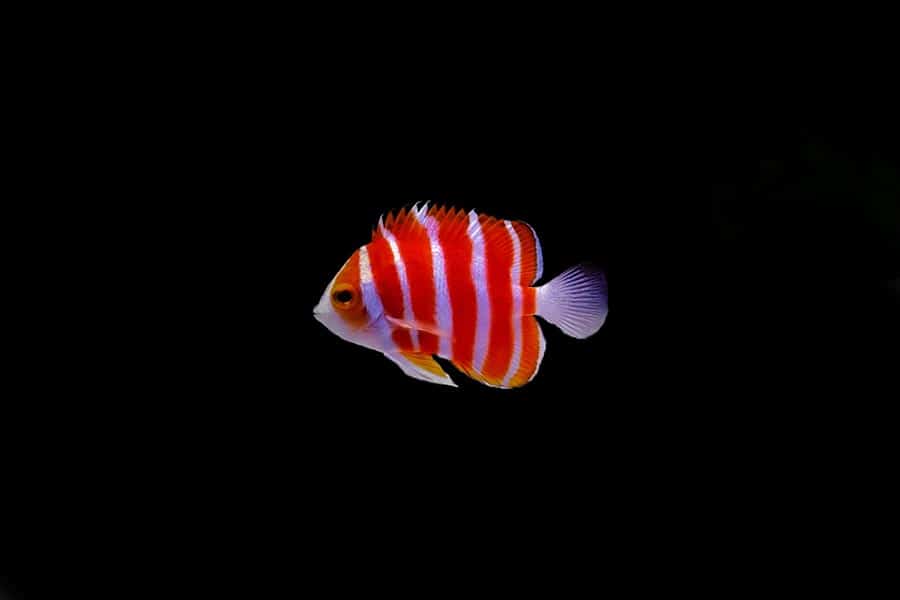 The second most expensive Angelfish is the Masked Angelfish. A cool name for a cool and unique fish. The Masked Angelfish sports a marbled look that matches its rarity and beauty. At $20,000 it is still an expensive investment, but if it is in your budget, it is a fish you will absolutely love.

They are mostly found in the northern Hawaiian Islands but are rare, so spotting one swimming in the reefs is photo-worthy.

Featuring a unique white fin in the shape of a blade (Hence the name) this tiny little fish measures on average 1.5” long. Although small this high in demand fish is an aggressive species that need a large tank to flourish. A recommended 50-gallon tank at a minimum which means this fish is very active and loves to swim.

Although a smaller fish, it is very coveted, as it is very rare. This coupled with its sleek blade-like fin and its coloration make it an awesome spectacle in any aquarium setting. Covered with red markings, it is native to the Caribbean and likes to swim through caves and cracks in the wild and aquarium décor for its captive friends.

As its name suggests, this golden fish is a beauty. Covered from fin to fin in a yellowish and orange hue this fish commands a whopping 8-grand as it is reclusive and hard to find or breed these fish. They tend to hide in deeper water in the ocean and as a result, difficult to find.

Tiniest of the Basslets, and small to begin with, makes him a prized catch. Be sure to decorate your fish tank with rocks and caverns that these types of fish enjoy!

Neptune Groupers are the Ferrari of expensive fish (at least maybe a used model) with their sporty look and bright yellow colors and stipes. Groupers always have a grumpy look to them, and the Neptune Grouper is no exception. 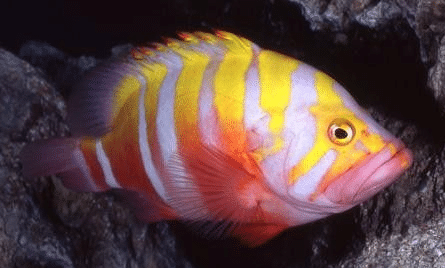 The swirling pattern is where the fish gets its name, as it resembles the atmosphere of Neptune with its gaseous swirling patterns. They live far below the water’s surface at over 260 feet and must be decompressed before coming up to live in someone’s aquarium. This is a difficult and expensive prospect, so it makes sense that the Grouper in this category is an investment.

A rare and little-known species of Basslets, the Australian Flathead Perch is so rare that only a few have been brought to the United States. If you ever want to get a peek at this spectacular and expensive fish, there is one at the Steinhart Aquarium should you be in the neighborhood.

They grow to around 6 inches and the youngsters tend to keep their brighter colors until adulthood. They earned their names for their wide mouths and flatheads and produce blue striping that pops against their black-like edging.

The Wrought Iron Butterflyfish is one of my favorites. It adds colorful yellow fin accents to its sleek wrought iron appearance. It almost looks like a medieval warrior in iron-clad armor with added flare on its fins. A very goth-looking fish. 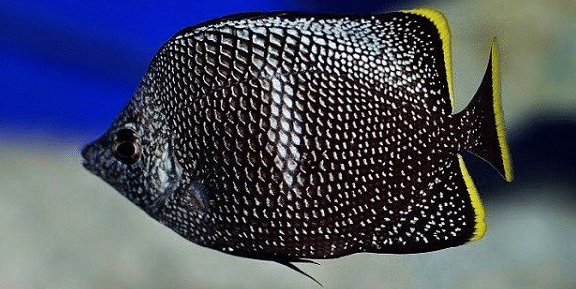 Its metallic appearance and yellow-tipped fins make it stick out in a tank and will quickly become your favorite little swimmer. It’s found around the island of Japan in the great Pacific ocean.

They can be difficult to manage at first, as they typically feed on plankton in their natural habitat, but in captivity, they will eventually warm up to regular fish food as this is not their norm, but a fish has to eat.

Because of its lower price tag, the Clarion Angelfish is a popular choice for a fish tank as it won’t completely break the bank, yet is ultimately a beautiful fish to watch swim happily around its tank. Growing to roughly 10 inches long, their orange and yellow body is zebra-striped with blue waves across its belly and fins and facial features. 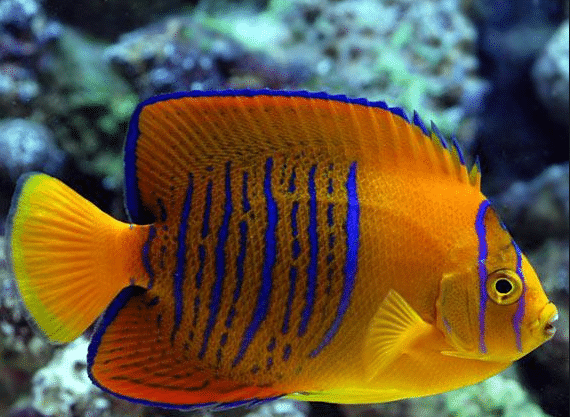 They hale from Bali and breed, for the most part, in captivity there. Smaller specimens are in the $2500 range but can go upwards of $7500 bucks.

Ridding an Aquarium Of Pest Snails