You may be wondering why fish just stay in one spot. I had no idea either, so I was curious and researched it! Apparently, they do this to conserve energy while hunting for food or protecting their territory from other predators for the most part.

However, a fish’s temperament can be affected by many factors, but the most important ones are water quality and social interactions.

Why Fish Stay in One Spot

Let’s break all the factors down about, “Why fish sometimes stay in one spot?” one by one to help you understand how they affect your pets’ mood far more than life in a tank full of other fishes!

This is the most important factor. A fish’s mood can be affected by water quality in different ways including whether it feels safe, its ability to see prey and/or predators around them, and how comfortable they feel with their own reflection. Poor water conditions such as murky or cloudy water will make a fish less likely to move.

The right temperature can make or break your fish. And some species of fishes are more likely to thrive in colder water, while others prefer warmer temperatures. So if you notice that one particular spot is occupied by the same fish for an extended period of time, it could be because they’re happy with their current environment and don’t feel like moving around much!

Some fish like staying on either one side of the tank or the other because they prefer warmer water. If you get your fish from a pet store, it is likely that their natural habitat was warmer than what is provided at home for them to live comfortably in and will be okay with being put into cooler water but if not heated enough then this can cause some stress on the animal’s body causing health problems as well as withdrawal symptoms which may result in death.

Fish that are accustomed to colder temperatures tend to stay on the side of the fish tank away from a fish tank heater or equipment that gives off heat. If you get your fish from a pet store or order bettas online, make sure to find out if they are compatible with being in warm water, as some cold-water species do not fare well even when just near any kind of warmer temperature.

It’s important to know the temperament of your fish before you mix them. Cold water-loving species include goldfish, crayfish, and shrimp. They need some warmth too though- just not as much!

Another factor that causes fish to stay in a single spot is stress. Stress can be caused by anything from a change in water volume to sexual frustration. Another factor that stresses fish out and causes them to become less active is the presence of predatory or aggressive fish, as well as noise.

Illness in pet store conditions can be another factor that makes it difficult for a fish to move around and find new spots because they may not have any energy left due to their sickness.

The most common reason fish stay in one spot is social interactions with other fishes or the fish tank setup itself. When a new fish joins an aquarium, they may spend time hiding among plants and rocks for safety before starting to explore their new aquatic environment.

Fish may also just be flashing their colors or fins to express themselves. For example, a bright and flashy fish might do this in order to attract mates. 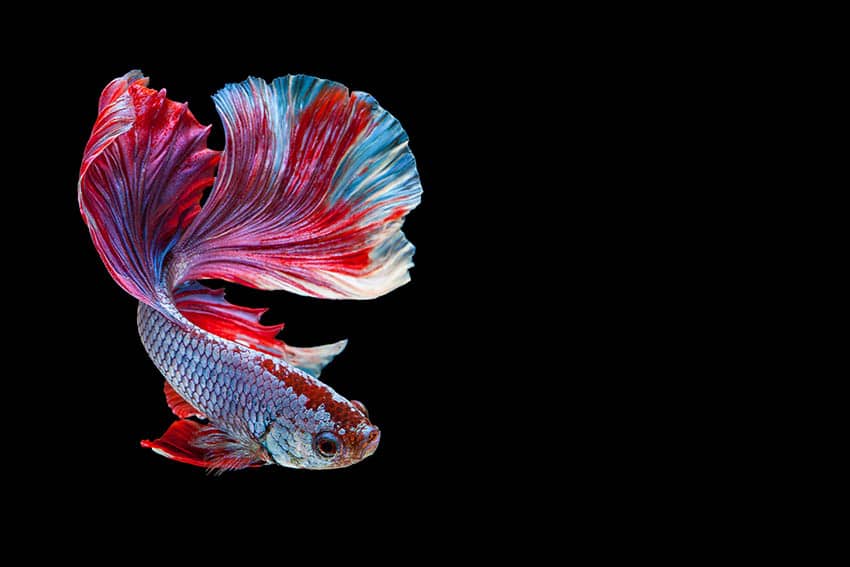 Sinking to the Bottom

Other reasons for sinking are classified as either being aggressive or afraid of predators. When a fish is scared it will hunker and stay in one spot.

Just like humans or other pets, fish like to sleep. If they are not sleeping close to a light source or in open water, they may also get stuck near rocks. Fish sleep with their eyes open because they don’t have any eyelids to close. It’s hard to tell when fish is sleeping, however, when they do sleep, they move a lot slower than usual and will only stay moving during this time so that water can constantly flow over their gills and allow them the ability of breathing while asleep.

Fish must be careful about their body temperature as it can vary based on the environment. If a fish is tired and cold then it will want to move towards warmer waters which means sinking toward the bottom of an aquarium.

Fish will usually stay in one spot if they are eating but once the food has been all eaten, then some fish like to swim around a little more. The longer and harder it is for them to find any potential prey that may be nearby, the less likely they are going to want to leave their current location. 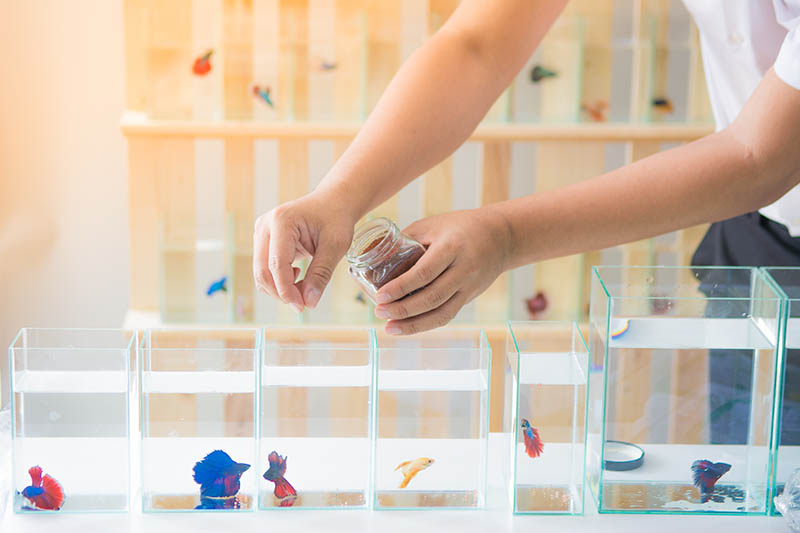 Troubleshooting Lack of Movement in Fish

Fish often feel safest in the center of their fish tank, as they can see everything happening around them. Some fish will stay at the top or bottom while others prefer to swim near a corner. If your fish is staying in one spot more than another it’s probably because that area feels safer and less exposed to other animals who may be watching from above or below you might want to consider rearranging things so he has better vantage points for safety!

Fish always have an instinctual need for security and some will find comfort on either the uppermost level of water (to survey all activities) or just under its surface where visibility isn’t hampered by any light interference; others congregate towards corners which offer protection against predators lurking nearby waiting with open mouth jaws.

These are the more natural reasons why a fish will sit in one spot for long periods of time, but if you suspect something might be hurting the fish, identifying where they like to sit around can give you clues as to why.

Sitting at The Top of the Fish Tank

Fish are just like people and they get tired of breathing in dirty air. So if your fish is constantly staying at the top of the tank, it’s because he might not be getting enough oxygen to breathe from all that water being dirtier than a bathroom floor after someone threw their toothbrush into it. The best thing you can do for him right now would be to clean out his aquarium so there’s more room for fresher breaths or buy some bubbling aeration device to help him feel better.

Sitting at The Bottom of the Fish Tank

If you’re noticing that your fish are continually on the bottom of their tank, consider checking to see if there’s a problem with your equipment. If the quality is low or they need cleaning and maintenance, it may be affecting the water levels for other tanks in use as well. As an alternative solution, try introducing more plants into your aquarium’s environment so that space becomes limited due to foliage growth rather than overcrowding by stocking too many animals at once! 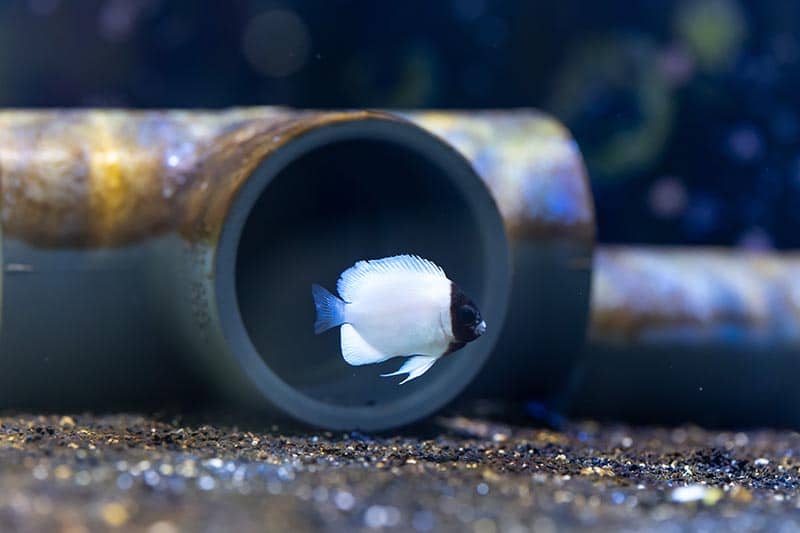 If you notice any sudden changes in behavior from one day to another such as continuous-time spent near or around drain holes then this could also indicate problems going on within these areas where oxygen concentrations have dropped below needed requirements.

If you see your fish at the bottom of the tank, don’t freak out! It may not be dead or dying. There is a chance that they are just feeling shy and want to stay hidden from any unnecessary attention- it’s all good though because we can help them feel better by doing some simple tasks like feeding them less food in smaller portions for example.

If you notice your fish hanging around on one side of their tank more than others (including sleeping), something might be wrong with him/her; chances are he could have an imbalance in his bladder which would cause this behavior too. Don’t worry there is always hope – these little things fix themselves as long as we do our part and try to take care of our fish tanks properly.